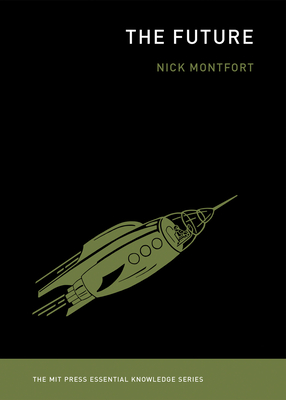 How the future has been imagined and made, through the work of writers, artists, inventors, and designers.

The future is like an unwritten book. It is not something we see in a crystal ball, or can only hope to predict, like the weather. In this volume of the MIT Press's Essential Knowledge series, Nick Montfort argues that the future is something to be made, not predicted. Montfort offers what he considers essential knowledge about the future, as seen in the work of writers, artists, inventors, and designers (mainly in Western culture) who developed and described the core components of the futures they envisioned. Montfort's approach is not that of futurology or scenario planning; instead, he reports on the work of making the future--the thinkers who devoted themselves to writing pages in the unwritten book. Douglas Engelbart, Alan Kay, and Ted Nelson didn't predict the future of computing, for instance. They were three of the people who made it.

Montfort focuses on how the development of technologies--with an emphasis on digital technologies--has been bound up with ideas about the future. Readers learn about kitchens of the future and the vision behind them; literary utopias, from Plato's Republic to Edward Bellamy's Looking Backward and Charlotte Perkins Gilman's Herland; the Futurama exhibit at the 1939 New York World's Fair; and what led up to Tim Berners-Lee's invention of the World Wide Web. Montfort describes the notebook computer as a human-centered alterative to the idea of the computer as a room-sized "giant brain"; speculative practice in design and science fiction; and, throughout, the best ways to imagine and build the future.

Nick Montfort is Professor of Digital Media at MIT. He is the author of Twisty Little Passages: An Approach to Interactive Fiction and Exploratory Programming for the Arts and Humanities; the coauthor of Racing the Beam: The Atari Video Computer System and 10 PRINT CHR$(205.5+RND(1)); GOTO 10; and the coeditor of The New Media Reader (all published by the MIT Press).