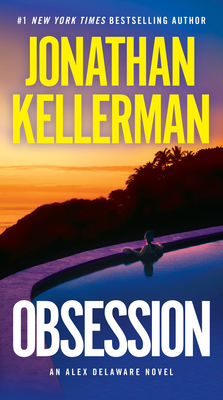 This is book number 21 in the Alex Delaware series.

#1 WASHINGTON POST BESTSELLER • “Jonathan Kellerman’s novels are an obsession; once started it is hard to quit.”—Orlando Sentinel

Tanya Bigelow was a solemn little girl when Dr. Alex Delaware successfully treated her obsessive-compulsive symptoms. Now, at nineteen, Tanya returns with a curious request: that Delaware investigate her aunt’s deathbed confession of murder. While Delaware doubts that Patty Bigelow was capable of such a horrific act, he agrees to look into the matter. Armed with only the vaguest details, Delaware and LAPD detective Milo Stugris retrace Patty’s and Tanya’s nomadic and increasingly puzzling life. Then a very real murder tears open a terrifying tunnel into the past, where secrets—and bodies—are buried. As the tension mounts, Delaware and Sturgis uncover a tangled history of desperation, vengeance, and death—a legacy of evil that refuses to die.

“The characters are rich, the story’s well-plotted and you won’t stop reading.”—Boston Herald

“Jonathan Kellerman’s novels are an obsession; once started it is hard to quit.”—Orlando Sentinel

“The characters are rich, the story’s well-plotted and you won’t stop reading.”—Boston Herald

Praise for the novels of Jonathan Kellerman

“[Kellerman is] a master of the grab-the-reader contest . . . The chills start within the first two pages.”—Saint Paul Pioneer Press

“A perfect whodunit–a tale told with gusto . . . a thrilling, engrossing pace from the first page to the last.”—Orlando Sentinel