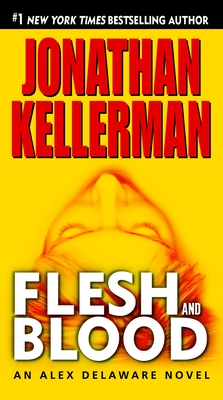 This is book number 15 in the Alex Delaware series.

Perennial bestseller and acknowledged master of the psychological thriller, Jonathan Kellerman has created a riveting and memorable Alex Delaware novel about a troubled and elusive young woman whose brutal murder forces the brilliant psychologist-detective to confront his own fallibility.

Lauren Teague is a beautiful, defiant, borderline-delinquent teenager when her parents bring her to Alex Delaware's office. But for all Alex's skill and effort, Lauren resists—angrily, provocatively. Reluctantly, the psychologist chalks Lauren up as one of the inevitable failures of a challenging profession. But years later, when Alex encounters Lauren as a stag party's featured entertainment, both doctor and patient are sticken with shame. And the ultimate horror takes place when, soon after, Lauren's brutalized corpse is found dumped in an alley. Alex disregards the advice of his trusted friend, LAPD detective Milo Sturgis, and jeopardizes his relationship with longtime lover, Robin Castagna, in order to pursue Lauren's murderer. As he investigates his young patient's troubled past, Alex enters the shadowy worlds of fringe psychological experimentation and the sex industry, and then into mortal danger when lust and big money collide in Southern California.

Jonathan Kellerman's L.A. is evil, seductive, and unforgiving, and Flesh and Blood is mind-opening in its drama of a driven man's personal quest, breathtaking in its ingenious plot, filled with unforgettable characters, and topped off by a terrifying climax. This is suspense fiction at its finest.

“VIBRANT . . . [Kellerman] can always be counted on to deliver a smooth and satisfying adventure as he makes his way through the darker sides of Los Angeles.”
–Cleveland Plain Dealer