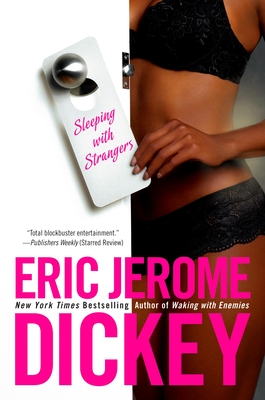 This is book number 1 in the Gideon Series series.

Eric Jerome Dickey introduces a hit man like no other in this New York Times bestseller—the first “gritty, graphic...[and] amazing” (Booklist) novel in the Gideon series.

In a wicked world of sex and violence, where the wronged demand the ultimate revenge, his is the last face the offender sees....

Gideon is more than a contract killer—he's the master of the game. Now he's got the job of a lifetime. The prize is the woman he desires and a cool million. The problem is it's just the kind of hit that can make him more enemies. Like the two beautiful strangers on Gideon's tail. Are they there to protect him or bring him down? There's one way to find out. Follow them into an underworld where killers and victims alike thrive on the darker passions of revenge and desire.

Eric Jerome Dickey (1961–2021) was the award-winning and New York Times bestselling author of twenty-nine novels, as well as a six-issue miniseries of graphic novels featuring Storm (X-Men) and the Black Panther. His novel Sister, Sister was honored as one of Essence’s “50 Most Impactful Black Books of the Last 50 Years,” and A Wanted Woman won the NAACP Image Award in the category of Outstanding Literary Work in 2014. His most recent novels include The Blackbirds, Finding Gideon, Bad Men and Wicked Women, Before We Were Wicked, The Business of Lovers, and The Son of Mr. Suleman.

Praise for Eric Jerome Dickey and Sleeping with Strangers

“[O]ne of the most successful Black authors of the last quarter-century.”—The New York Times