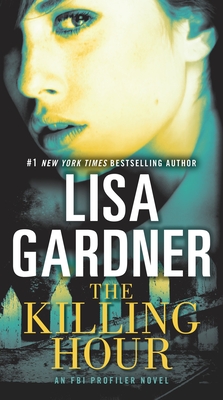 This is book number 4 in the FBI Profiler series.

Each time he struck, he took two victims. Day after day, he waited for the first body to be discovered--a body containing all the clues the investigators needed to find the second victim, who waited...prey to a slow but certain death. The clock ticked--salvation was possible.

The police were never in time.

Years have passed; but for this killer, time has stood still. As a heat wave of epic proportions descends, the game begins again. Two girls have disappeared...and the clock is ticking.

Rookie FBI agent Kimberly Quincy knows the killer’s deadline can be met. But she’ll have to break some rules to beat an exactingly vicious criminal at a game he’s had time to perfect.

For the Killing Hour has arrived....

Lisa Gardner is the #1 New York Times bestselling author of twenty suspense novels, including The Neighbor, which won Thriller of the Year from the International Thriller Writers. An avid hiker, traveler and cribbage player, she lives in the mountains of New Hampshire with her family.

A Main Selection of The Literary Guild and Doubleday Book Club