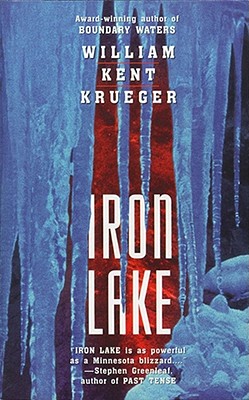 By William Kent Krueger
Email or call for price.
Hard to Find

William Kent Krueger joined the ranks of today's best suspense novelists with this thrilling, universally acclaimed debut. Conjuring "a sense of place he's plainly honed firsthand in below-zero prairie" (Kirkus Reviews), Krueger brilliantly evokes northern Minnesota's lake country -- and reveals the dark side of its snow-covered landscape.
Part Irish, part Anishinaabe Indian, Corcoran "Cork" O'Connor is the former sheriff of Aurora, Minnesota. Embittered by his "former" status, and the marital meltdown that has separated him from his children, Cork gets by on heavy doses of caffeine, nicotine, and guilt. Once a cop on Chicago's South Side, there's not much that can shock him. But when the town's judge is brutally murdered, and a young Eagle Scout is reported missing, Cork takes on a mind-jolting case of conspiracy, corruption, and scandal.
As a lakeside blizzard buries Aurora, Cork must dig out the truth among town officials who seem dead-set on stopping his investigation in its tracks. But even Cork freezes up when faced with the harshest enemy of all: a small-town secret that hits painfully close to home.

William Kent Krueger is the award-winning author of the New York Times bestselling Ordinary Grace, winner of the Edgar Award for best novel, as well as eighteen Cork O’Connor novels, including Desolation Mountain and Sulfur Springs. He lives in the Twin Cities with his family. Visit his website at WilliamKentKrueger.com.

Stephen Greenleaf Author of Past Tense Iron Lake is as powerful as a Minnesota blizzard...

The Drood Review I can't remember reading a better first novel than this one....