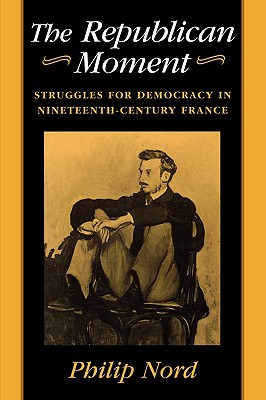 By Philip G. Nord
Email or call for price.
Usually Ships in 1-5 Days

France in the mid-nineteenth century was shaken by a surge of civic activism, the resurrection of civil society. But unlike similar developments throughout Europe, this civic mobilization culminated in the establishment of democratic institutions. How, Philip Nord asks, did France effect a successful transition from Louis-Napoleon's authoritarian Second Empire to a functioning republic based on universal suffrage and governed by middle-class parliamentarians? How did French civic activism take this democratic turn?

Nord provides the answers in a multidimensional narrative that encompasses not only history and politics but also religion, philosophy, art, literature, and gender. He traces the advance of democratic sentiment and the consolidation of political dissent at its strategic institutional sites: the lodges of Freemasonry, the University, the Paris Chamber of Commerce, the Protestant and Jewish consistories, the Paris bar, and the arts. It was the particular character and unfolding of these struggles, Nord demonstrates, that made an awakening middle class receptive to democratic politics. The new republican elite was armed with a specific vision that rallied rural France--a vision of solidarity and civic-mindedness, of moral improvement, and of a socioeconomic order anchored in family enterprise. Nord's trenchant analysis explains how and why the Third Republic (1870-1940) endured longer than any other regime since the 1789 revolution. The convergence of republican currents at midcentury bequeathed to the French nation a mature civil society, a political elite highly trained in the arts of democratic politics, and an agenda that encompassed not only constitutional reform but also a reformation of private life and public culture.