A Modest Proposal and Other Satires (Paperback) 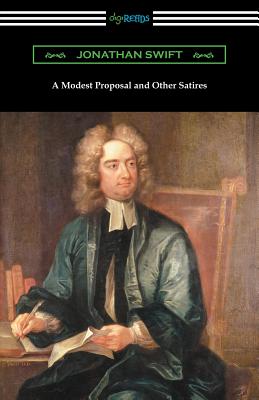 Brought together here in this volume is a classic collection of satirical works from Jonathan Swift, perhaps one of the greatest satirist in the English language. While Swift is probably best known for his novel "Gulliver's Travels," he was a brilliant satirist with a cutting wit and mastery of language. His skills with the pen, which made him both famous and feared by the powerful, can be seen in "A Modest Proposal." Swift's famous essay, originally published anonymously in 1729, suggests that the poor in Ireland could best solve their problems by selling their children as food to the rich. Swift's outrageous hyperbole was used as powerful social commentary and was directed at the rich and powerful and their heartless treatment of the poor and destitute. Also included in this collection is "A Tale of the Tub," a prose parody of the moral and ethical aspects of the English religious and political life of Swift's time, which was widely misunderstood and consequently damaging to his reputation. "A Modest Proposal and Other Satires" is a collection of nine essays in total which provide a representative selection of Swift's satirical gift. This edition in printed on premium acid-free paper.