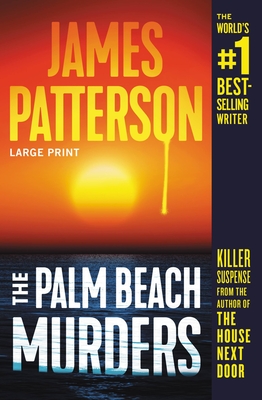 The wealthiest zip code in Florida doesn't just have billionaires, yachts, and private planes--it also has the best murder plots money can buy. The Palm Beach Murders (previously published as Let's Play Make-Believe): Both survivors of the divorce wars, Christy and Martin don't believe in love at first sight and certainly not on a first date. But from the instant they lock eyes, life becomes a sexy, romantic dream come true. That is, until they start playing a strangely intense game of make-believe—a game that's about to go too far. (with James O. Born) Nooners: Everyone who knows Tim says he's a good guy. But the popular advertising exec has a problem: a lot of the people who know him are getting murdered. And by the time he figures out why, Tim won't feel so good anymore. (with Tim Arnold)

Stingrays: When a teenager goes missing on a Caribbean beach, the local police are baffled. It's up to the Stingrays, a world class team that solves the unsolvable, to unearth the truth: a truth that no one will believe. (with Duane Swierczynski)

James Patterson has had more New York Times bestsellers than any other writer, ever, according to Guinness World Records. Since his first novel won the Edgar Award in 1977 James Patterson's books have sold more than 375 million copies. He is the author of the Alex Cross novels, the most popular detective series of the past twenty-five years, including Kiss the Girls and Along Came a Spider. He writes full-time and lives in Florida with his family.