Aliens, Drywall, and a Unicycle (Paperback) 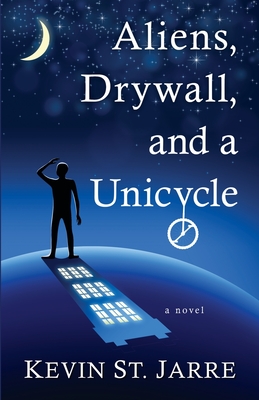 Tom Tibbets takes a job at a small weekly newspaper in Portage, New Hampshire, and an apartment in the old Cooper Building, where the residents form a kaleidoscope pattern of the odd, the interesting, and even the insane.

One neighbor believes that we descend from aliens, another is a pothead-philosopher, and there's a pair of brothers who play with illegal explosives for fun. A vegan pacifist lives there, along with a couple of nomadic born-again Christians, a schizophrenic unicycle rider, and a mysterious wise man.

At first, Tom feels like he's the only "normal" person living in the building. However, he soon believes that the very people he at first considered unstable and strange have become a lens through which he gets a new look at himself and everything else.

When something happens that leaves the tenant community feeling changed and off-balance, Tom comes to wonder if somehow his added karmic weight has thrown off the bizarre status-quo, energetic equilibrium of the place. In the end, Aliens, Drywall, and a Unicycle is the story of personal growth from a state of delusion to examination to awareness of what is truly important in life.